This month our players have been working on their games in Ladner’s Lacrosse box.  And with all the nice weather that has hit Vancouver recently, the changeover from field to box lacrosse has been a bit shocking for the athletes.

When we left the field in March, the students were excited about the changing lacrosse seasons and  were even more excited to begin working hard on their skills inside the box.  And since then, the coaches have noticed that the work that the students have done, on and off the field, has lead to the development of better lacrosse players.

But, as we all know, box lacrosse is an intense season that sometimes can wear on an athlete.  And between minor bruises, major scrapes and muscle soreness, box lacrosse season can really slow an athlete down.  Add to that our unusually hot weather and there have been a lot of very tired athletes in our practices.

That being said, several of our students have also begun to show resiliency that, as lacrosse players, they must have to be successful.  Coach Neumann often speaks of being prepared to “show up for your shift” in the box and we have really begun to see several people take that advice to heart.  As coaches, we are beginning to see who is ready to play mid-season. We are seeing how the students respond to challenges and we are seeing who is willing to rise and meet those challenges.

This month, we would like to highlight the positive attitudes and resiliency of two students who, despite their challenges, always show up and give their best effort.  Please join me in congratulating this month’s Academy Players of the Month!

As one of the lacrosse academy’s newer students, Curtis has been one of the most improved students in this year’s academy.  Curtis has really taken the Academy’s “Commit to Better” mantra to the next level, using his in class opportunities to improve his lacrosse skills and his overall fitness.

This month, Curtis has also shown us that he can balance the stress of a lacrosse season with the pressures and responsibilities of being a senior student and an academy athlete.  He has come prepared to work hard every day and he sets an example of positive competition that is unparalleled among other academy students.  We are excited to see Curtis graduate this year and we are pleased to have experienced the attitude of such a thoughtful young man.  Great work Curtis! 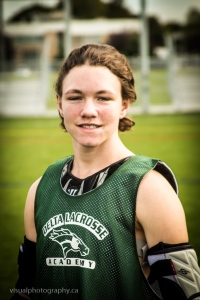 As one of our returning students, Aaron is another of our most improved athletes this year.  Aaron started in our academy a few years ago with very little lacrosse experience.  Since then, Aaron’s growth in the game has been tremendous. He has improved in his passing, shooting and defensive understanding and, for the first time this year, he was able to achieve his “goal” of scoring in his field lacrosse games.

Aaron is also a relentless competitor who our academy can always count on to bring out a maximum effort to each practice.  Aaron is one of our most positive competitors, who, throughout his time in his academy,  has managed to remain positive even when things haven’t gone his way.  It is fantastic to see a competitor such as Aaron on the field and we are lucky to have him in our academy.  Good job Aaron.

Thanks everyone for the read this month.  Stay tuned next month for June’s players of the month to wrap up the year.