Over the past six weeks the players at the Delta Lacrosse Academy have been working toward making their spring box lacrosse teams.  And in light of the recent tryout results, we are proud to report that many of our players have succeeded in achieving that goal this year.  We are even more proud, however, to report that the players that did not achieve their goal this year have attended our academy reinvigorated.  They seem ready and more determined than ever to perform.

This month though, the coaches of our academy want to talk about more than just performance on the hard court.  This month we would like to take the time to recognize some of the players that have given a little bit more to our game.  We want to acknowledge some standout leaders in the lacrosse community and draw attention to their character off the court, as well as their performance on it.

This month’s highlighted players have forgotten that there was ever a joke about an “I” in team.  They are the type of young people who spend there time participating in events for people in crisis, assisting the community in the administration, officiating and scoring of our games, and they are the type of people who ensure that our academy team stays strong at its core.  So, without further ado, I would like to introduce you to this months featured players. 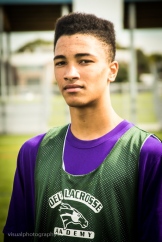 Max spent the better part of his 2016 year preparing for Delta Lacrosse Association’s Annual “Lax For Life” fundraiser – benefiting the BC cancer foundation.  Max showed he was a leader in the community by raising over $5000 over the past several years.  Also, Max showed his leadership on the court by spending a Saturday battling blisters, pain, and fatigue when he played in the annual 12 hour lacrosse game.  His commitment to Lacrosse is something to which many young players should aspire.

Please join us in congratulating Max Stalling this month.  It is truly a pleasure to coach such a dedicated young man and the Delta Lacrosse Academy, as well as Delta in general, is bettered by his commitment to community.  Excellent work Max. 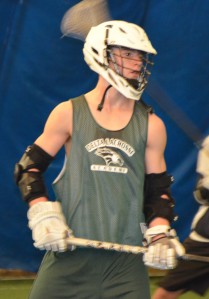 As one of our more quiet influences in the Academy, John has spent a large portion of his time in our Academy working on his team leadership skills.  Over the past few months the coaches have seen a marked improvement in John’s skill and in his communication with his fellow players.  John is a leader through is strong participation in all of the academies drills and through the support of his peers.

As one of the participants in this years “Lax for Life” John also spent much of his spare time raising funds and sacrificing his time, and body, for a great cause.  We are proud to shine the spotlight on such a selfless character this month.  Great work John.

Again, congratulations to both John and Max this month.  There will be more to follow in May and June, as we start talking about year end plans as well as the start up for next year.  The coaches are truly excited about our program for the remaining days this year and we hope you are too.  Students, as always, please remember to Commit to Better.